KIWI CRUISERS ENJOYING LIFE AND ON THE WATER

New Zealand couple Brian and Cath Carran are partners in everything they do so when it came time to design their dream boat, from the keel up for their retirement enjoyment, twin helm seats were  a pre-requisite.

“We are like partners in everything so a sole helm seat wasn’t an option,” said Brian as he and Cath recently prepared their new boat, a Maritimo S70 motor yacht for an extended  cruise in the Whitsunday Islands. 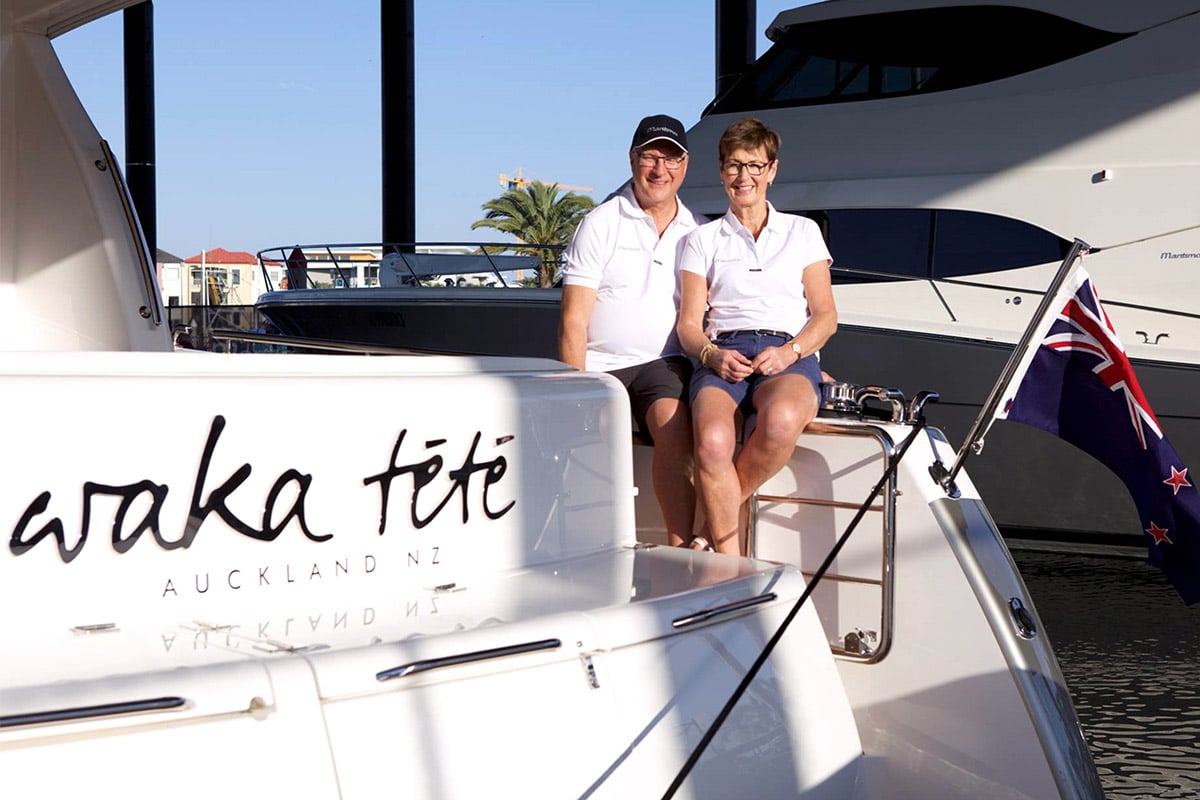 After having  spent a lifetime working in the supermarket sector in New Zealand a young, 19 year old Brian, could never have dreamt of such a magnificent retirement reward when he started out in his father’s supermarket decades ago.

“I have been in supermarkets since I was 19 and three years ago, knowing my retirement plans were looming, we started our journey to secure our dream boat to enjoy life after years of hard work,” he said. “Up until then we didn’t have the time to spend extended periods on the water and apart from annual trips to the Med, where we would cruise with friends, most of our boating was on our Beneteau 473.” The journey to find their ideal boat saw the Carran’s, who were long term yachties,  look at trawler style vessels from the Fort Lauderdale Boat Show to the Sydney International Boat Show and they even considered a possible purpose built vessel at a yard back in New Zealand.

Their world wide search saw them also look at a Maritimo M70 cruising motor yacht and a trial run in big seas off the Gold Coast had them convinced that this was the sort of boat that would suit them. However, they did not want as flybridge vessel.

“We were very impressed with the way the Maritimo handled the rough conditions and said to them that we would be interested if they could produce a single level sport cruiser model,” said Brian. “That started the whole process and now our magnificent four cabin, single level sedan yacht called Waka Tete is a reality. Maritimo put together a mock-up of the boat originally and nothing was too much trouble for them so the whole process has been relatively hassle free.” The couple have  poured over every inch of the boat in the design and build phase changing and adapting various things to end up with a bespoke vessel that suits them to a tee and is very much personalised.

They took delivery of their new boat from Maritimo this month, three months after Brian officially retired ,which was exactly according to the plan that they had laid out three years ago.